Chargebacks are a frequent headache for merchants and online sellers, but they can be easily prevented. Without fraud protection, chargebacks can add up to thousands of dollars per month in lost revenue and products.

Business owners put in countless hours to build their company. 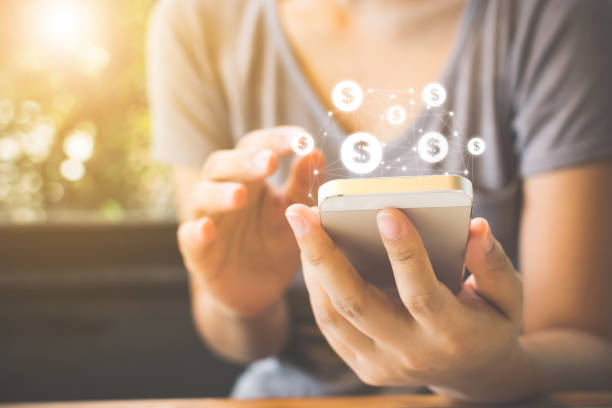 Early mornings and late nights are the norms, especially when the business is in a growth phase. The last thing executives should be worrying about is a fraudster taking away from their bottom line. But it happens.

There are many types of ecommerce fraud. They often include:

We're going to focus on chargeback fraud for this article. First, let's discuss what a chargeback actually is.

A chargeback can be good or bad, depending on the parties involved. The chargeback was actually implemented as a feature to protect consumers from unethical businesses or merchants. In this case, the chargeback is good for a consumer.

However, chargebacks are also the core enabler of online payment fraud. Stolen credits and unauthorized access to credit card numbers, allow fraudsters to freely make purchases online without ever fulfililng the payment to the merchant or seller. This topic will be discussed further in the examples below.

Imagine this: An online shopper—we'll call him Joe—is in the market for a new Xbox. Joe goes on a digital window shopping adventure and browses different websites that offer what he's looking for. Joe wants to get a good deal. He'll be home on vacation next week so he wants to purchase one quickly.

After looking for an hour, Joe finds a great deal! As a matter of fact, Discount Xbox Warehouse is selling the new Xbox for 50% less than the others. Why? Joe wonders this for a fleeting moment but his desire for a cheaper Xbox outweighs any suspicions he has. Unfortunately, Joe will wish he screened the company a little harder after a few days. That's because the Xbox never arrives!

Joe is crushed. Instead of spending his vacation days playing his new Xbox, he's trying to figure out how he can get his money back and buy the Xbox from somewhere else. There's only one problem: Discount Xbox Warehouse isn't returning Joe's emails. To make matters worse, the company doesn't list a phone number on their website. Finally, Joe decides to contact his bank as a last resort.

He's transferred to the fraud department. He's in luck! That's because the bank is going to refund Joe's money back to him. The bank employee explains to Joe that this type of fraud is a common occurrence. Joe learns that the bank will immediately return his funds. Then, the bank will issue a chargeback fee to Discount Xbox Warehouse as a penalty in addition to collecting the original payment.

While the chargeback worked in Joe's favor, Discount Xbox Warehouse wasn't so lucky. But their fraudulent and unethical actions merited a chargeback fee against them.

What about your business? What would you do if you were hit with a chargeback? If the bank sides with a "consumer", or a fraudster, you'd probably have to pay the fee. Here's the problem: It's hard for the company to prove they aren't at fault.

The bank will review the complaint and then make a decision with whether to issue a chargeback—or not. Since it's hard for the company to prove they aren't at fault, the bank often issues the chargeback against them.

Fraudsters are often the ones who initiate chargebacks against legitimate businesses. Here's the bad part: They often win.

Let's say that Anna—a fraudster—targeted Discount Xbox Warehouse. Like Joe, Anna wants an Xbox; however, she plans to get one for free.

Anna goes through the normal process to purchase her item. She visits the website for Discount Xbox Warehouse and finds the Xbox she likes. She then buys it, even with her own credit card. It doesn't matter to Anna because she has a plan to get her money back (and keep the Xbox). The Xbox arrives; however, Anna can pretend she never received it.

She goes through the same motions that Joe did. She'll attempt to contact Discount Xbox Warehouse to complain that the Xbox never arrived. Now, Discount Xbox Warehouse may grant a refund because they don't want negative online reviews. A loss of $200 is a small price to pay compared to a 1-star review. A company can always make another $200; however, a 1-star review discourages future sales.

Fighting Back Against Chargebacks

Now that you know what a chargeback is, the next step is knowing how to prevent it. We will discuss this process more in our next article. In the meantime, you can get some tips for chargeback fraud prevention and learn about the many ways IPQS can prevent payment fraud.

How Click Fraud is Hurting The Affiliate Industry: A Guide For Affiliate Marketers