How Click Fraud is Hurting The Affiliate Industry: A Guide For Affiliate Marketers

Click fraud and affiliate fraud are devastating the affiliate marketing industry - here's how you can stop it! 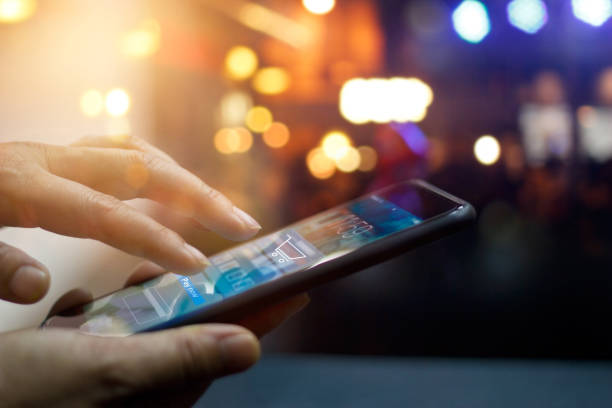 Affiliate fraud is the most harmful and damaging activity currently plaguing the affiliate marketing industry.

In 2018, the top goal of affiliate marketers and industry leaders is to  end  affiliate fraud for good.

To emphasize how substantial this growing fraud industry is, here are a few statistics:

Due to the immense reach of cybercriminals, it is unlikely that the affiliate marketing industry can ever completely stop affiliate fraud any time soon, but companies and marketers that take a proactive approach to quality control can protect themselves.

With such a large disposition for negative ROI, it is crucial that affiliate marketers learn how they can identify fraudulent behavior and the necessary steps to prevent it from happening to their sites and ad campaigns.

What Is Affiliate Fraud?

Affiliate fraud, in broad terms, is the act of purposefully deceiving advertisers to generate commissions from invalid conversions. There are different levels of fraud with some being more blatant than others. Often times, an affiliate purchasing paid traffic may not even realize that their traffic is mostly bots that are fraudulently generating conversions.

So… What does this all mean?

Affiliate & ad fraud comes in many shapes and form. It can even mimic actions from real human users and newer bots are so sophisticated that many anti-fraud services cannot even distinguish their clicks as high risk.

All players in the affiliate industry are susceptible to losing profits from these cybercriminals. Every affiliate program & advertiser, affiliate network, and even affiliates themselves, should have a solution to prevent fraud. If you are not currently affected by fraud, it is unfortunately only a matter of time before a significant issue arises.

Who Is Sending The Fraud?

Cybercriminals around the world congregate on popular blackhat forums to share their methods and offer services like proxies and users can even buy approved publisher accounts.

It’s important for merchants, marketers, and advertisers to understand that intentional affiliate fraud is now part of the e-commerce sales channel and a threat to revenues for all partners in the channel.

Here are some of the major players that are generating fraud:

Professional Fraudsters are certainly the most concerning group as users will hire their services to engage in fraud. Cybercriminals such as these have the means to carry out their fraud in a stealthier approach that many advertisers will not recognize, but they will notice a much lower ROI or even a negative ROI at the end of each month.

What You Need To Know As A Marketer

As you can tell from this article, affiliate fraud is the biggest threat to this industry, and it happens every, single, day.

So how can you, as a marketer, lower the risks of click fraud, identify this type of fraud, and eventually prevent it?

A very common method of tracking digital advertising, is through CPI or Cost Per Impression.

However, this can be dangerous when you take into account that a big portion of those impressions, aren’t even human.

For example, If you are paying $0.0050 per impression, and your clients marketing budget allows for $100,000, expecting that you’ll get, and paying for 20 million impressions will actually result in only 1.6 million human impressions.

So… you are actually paying $0.0625 per human impression.

Instead, if you change your measure to charge for action (CPA), instead of impressions, you’ll have a much better chance of actually receiving the results that you paid for, not the ones fraudsters want you to see.

What’s one of the top ways to prevent bot traffic from accessing your advertising campaigns?

Block them at the source! Typically, fraudsters will reroute their bots and poor traffic through other countries using a VPN, where they are less likely to be detected.

According to Ad Week, the rate of low quality and fraudulent traffic from countries such as China, Venezuela, Ukraine, and Singapore can be up to 92%!

For reference, the rate of poor quality traffic in the US is much lower at 43%.

You can do this through simply excluding where you don’t want traffic to come from, and focus on targeted areas with high quality traffic instead.

In order to successfully monitor your campaigns and ensure the best results for advertisers, it’s crucial to monitor and filter your traffic in real time.

The main benefit from using real time filtering, is that fraudulent clicks won't touch your budget, and won’t lower your CPC rates.

When analyzing your campaign while it’s running, there’s a few key metrics to keep your eye out for:

As described earlier, the source of your traffic can tell you a lot while assessing for poor quality traffic. By focusing on traffic from high quality locations, and excluding those with high rates of suspicious traffic, you’ll immediately be doing yourself, and your advertisers a favor.

Another key metric to track when looking for bots and fraudulent traffic, is how they’re actually engaging with your ad. Low engagement and high bounce rates are red flags for botted traffic.

Affiliate fraud is a serious issue that isn't going away anytime soon.

How can we put an end to it?

Rome wasn’t built in a day, and affiliate fraud won’t stop in a day either. However, by following the steps listed in this article, and paying closer attention to your partnerships and traffic, you’ll see a decreased fraud rate in no time.

Test our suite of anti-fraud tools which can instantly asses your traffic quality in real-time. Immediately block fraudsters and take advantage of our community blacklisting data to stay ahead of cybercriminals and abuse.